Traditional martial arts schools, like the Arizona School of Traditional Karate in Mesa, Arizona, provide a real punch for those wanting to learn a traditional karate. What do we mean by traditional? If you were to walk into a karate school (dojo) in Okinawa, the birthplace of karate, you would never hear rock n' roll music blasting in the background, see brightly colored karate uniforms, trophies littering windows, used car salesmen hanging onto you trying to get you to sign a contract, or belts (obi) with so many colored tabs that the look like a string of Tibetan Prayer flags. Remember the 1984 movie, the Karate Kid? Mr. Miyagi taught the traditional Okinawan way of karate, which included history, philosophy, kobudo, self-defense, lineage, respect, meditation and of course, devastating karate. This is what traditional karate is about - it is about learning traditional martial arts and applying these virtues for self-improvement.﻿﻿
﻿
﻿﻿﻿When you walk into a traditional karate school, you will see evidence of certification of the karate instructors and lineage charts providing a succession of the various grandmasters and masters of the martial art typically leading back a few hundred years. The Arizona School of Traditional Karate is no different from other traditional Okinawa martial arts dojo in this respect. Traditional martial arts focus on self-improvement and self-defense and have nothing to do with sport martial arts or MMA, just like the traditional schools of Okinawa.

No one in the school has ever attempted to win a trophy in karate, but still, the instructors and students have earned regional, national and in some cases international recognition for their martial arts, teaching skills and for their contributions to their professions outside the dojo. All of positive contributors to society in one way or another.

At the Arizona School of Traditional Karate on Baseline Road on the border with Gilbert, and just a mile down the street from Chandler and a few miles from Tempe, one of the friendliest groups of martial artists in the Phoenix Valley train in Okinawan Shorin-Ryu Karate and Kobudo. The only competition is with one self - not with others, and they have a large group of highly educated professors, teachers, engineers, health care workers, scientists, attorneys, accountants, electricians, secretaries, housewives, and Arizona State University (ASU), Mesa Community College, Gilbert-Chandler Community College, University of Phoenix and even Grand Canyon University faculty and students. Everyone supports everyone else. There are a lot of good natured people learning martial arts the old way, and we do not attend karate tournaments. The school focuses on martial arts education and help new students find a path in life - which is the purpose of traditional karate.

So if you would like to learn karate the Okinawan way without having to travel to Okinawa - the Arizona School of Traditional Karate in Mesa appears to have it all.
Posted by Soke Hausel at 7:03 PM No comments: 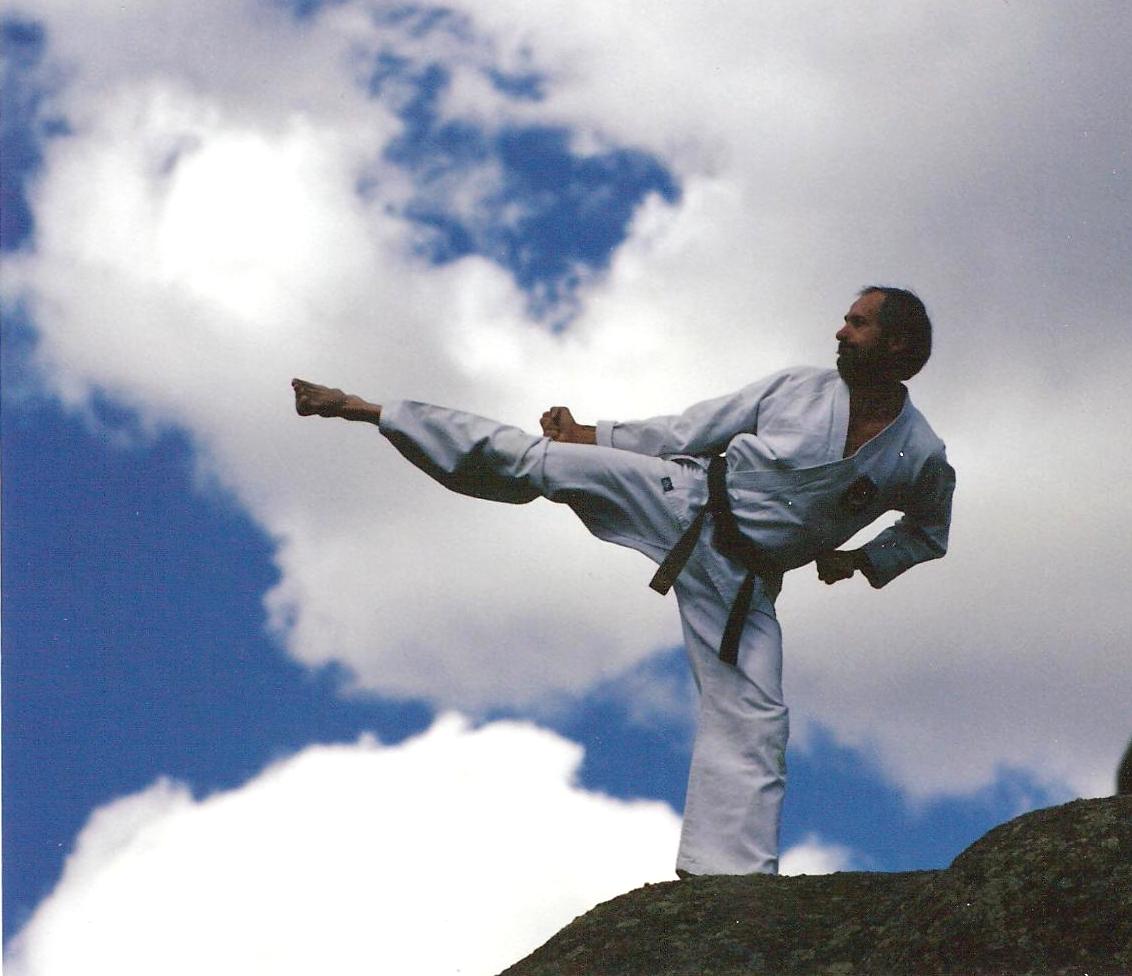